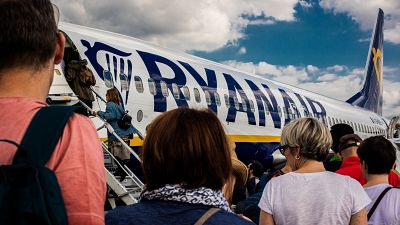 Airplane trips are soaring (excuse the pun) back to popularity, as the travel sector restarts post-pandemic.

Flights throughout Europe increased by 72.8 per cent in July, year-on-year, and 47.6 per cent in August, according to data released by Eurostat.

It is now easier than ever to reach your destination via the skies, and with short travel times, cheap flights, and global increases in income, the popularity of flights, and especially (much cheaper) short-haul flights, is only set to rise.

However, scientists have made it clear that the environmental impact of these journeys is colossal, and that making changes to the way we travel is crucial if the world is to reach the collective goal of net zero.

Euronews Travel has pledged to prioritise coverage of signatories to the Glasgow Declaration in an industry-first move, to help combat the climate crisis.

So why do flights remain so popular?

“I always just compare price and length of time. Usually that means I fly because it takes less time, and it’s cheaper,” says Vanessa Chalmers, a Londoner who often visits Scotland to see family.

“Though I have found that I’m starting to travel more by train,” she adds, “airports can be such a hassle!”

Those like Kayla Allen, who is from Ireland, have far fewer options. “I live on an island,” she tells Euronews Travel. “I wouldn’t even mind the long journey on a ferry if I had time to do that - but you can’t afford to spend a whole day travelling when you’re only on a short trip.”

Speaking with Euronews Travel, she explains that a lack of public awareness and confusing price structures results in cheaper flights.

“I see that people actively want to use the train because it’s convenient, they might even be willing to pay a little more, but they are not willing to pay three or four times the price, particularly if services are often delayed.

“Another reason people might fly could be due to greater connectivity for more rural areas, both domestically and internationally,” she adds.

“For example, in the UK, flying from Newquay to Newcastle might offer you a direct connection where a train would not. This is the result of government policy decisions to favour new air routes instead of better rail links.”

Travel as a major polluter

Flying is a major culprit of global pollution. One study from Lund University found that avoiding just one transatlantic flight saves eight times more greenhouse gas emissions in a year than recycling.

“Euro for euro, hour for hour, flying is the quickest and cheapest way to warm the planet,” explains Andrew Murphy, aviation manager at Transport & Environment, a think tank in Brussels, in conversation with Vox.

And short-haul flights are problematic too. In one study, Greenpeace determined that banning just the EU’s busiest short-haul flights and switching to rail alternatives wherever a train connection under six hours already exists, would save 3.2 million tonnes of CO2 every year.

“Whereas long-haul flights (such as those many world leaders from the Global South have taken to participate in negotiations at COP26) are necessary, short-haul and domestic flights (such as the one Boris Johnson took from the summit back to London) are a matter of convenience rather than necessity,” says Ian Hambleton, co-founder of Ecologi, an NGO driving funding for climate solutions, to Euronews Travel.

“Taking off, which expends more fuel than cruising, also accounts for a larger proportion of shorter flights than long ones. Given that domestic and short-haul flights are far more frequent around the world, they are also more environmentally damaging relative to the length of time they spend in the air,” he says.

Ecologi calculated the carbon emissions that would have resulted from every world leader travelling from their native country to COP26 by airplane.

The resulting data showed that an estimated 13 of the 331 tonnes emitted from these journeys could be attributed to short-haul flights from within the UK alone.

“That’s the equivalent to the emissions generated from consuming more than 1,463 gallons of petrol,” says Hambleton.

In April, the French government announced plans to ban short-haul flights of under two and a half hours.

Other nations quickly followed suit; Spain has advocated for a similar two and a half hour flight ban; Germany and Austria intend to end short-haul flights and Green Party members in the former want to tax and eventually ban domestic flights in the country completely. 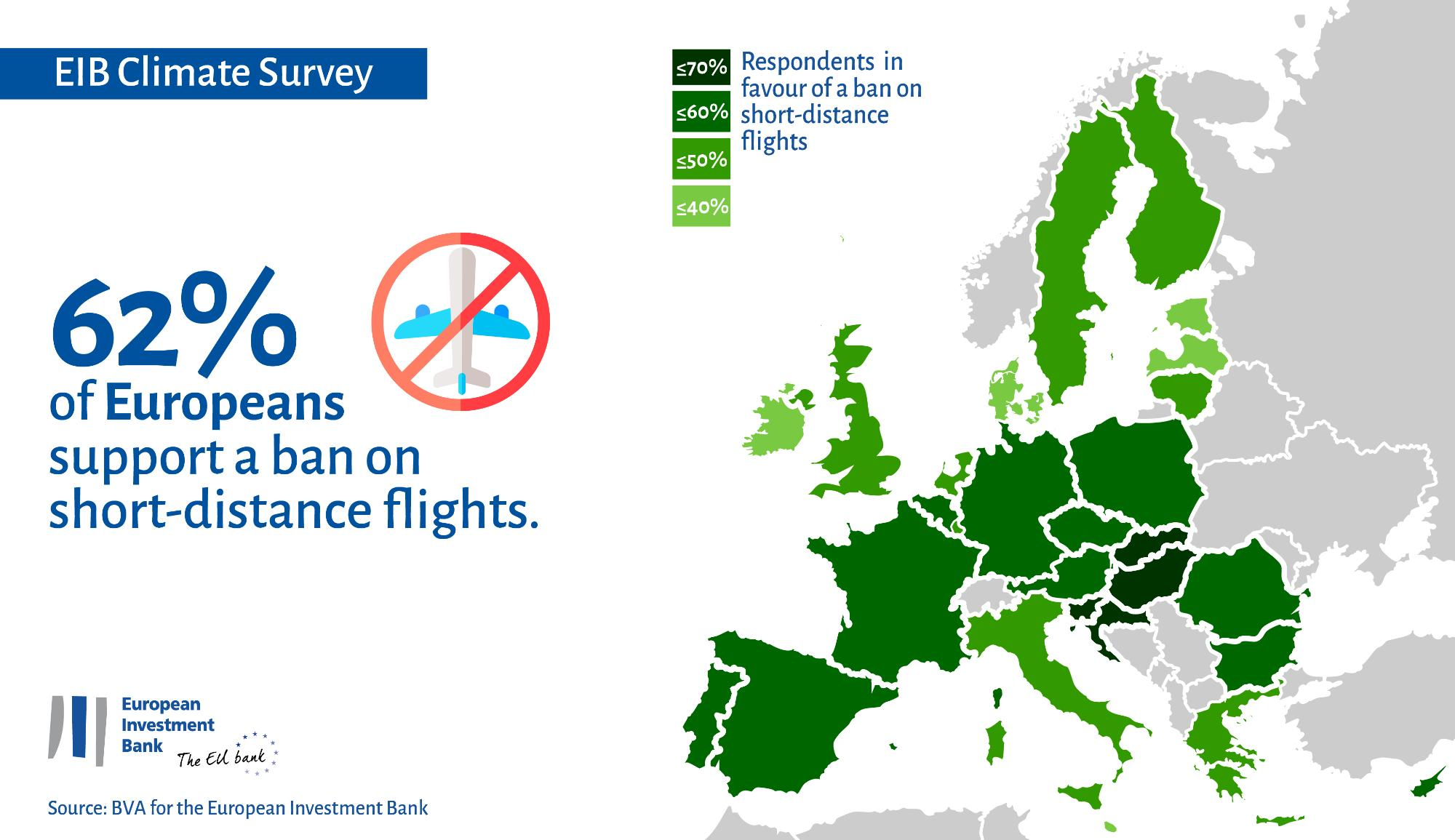 EU citizens appear to be bolstering such measures. According to a survey by the European Investment Bank, 62 per cent of those asked said they support the idea of short-haul flight bans and would rather take night trains if they were available at a more reasonable price.

This marks positive steps, as the average rail journey emits between 70-90 per cent less C02 than its equivalent flight.

However, according to Greenpeace, just 34 per cent of the 150 busiest short-haul flights in the EU currently have train alternatives under six hours.

The EU, which is aiming to double high-speed rail availability by 2030 and triple it by 2050 in the bloc, says it is preparing for the transport transition. And in some countries, rail services are already forging ahead.

“Take Italy, whose high-speed rail services have been so efficient and popular for business travellers that they ended up out-competing their own airline Alitalia,” says Livesley.

For her, the future of travel will be made up of budget=style train lines, similar to the budget airlines we see today.

“With governmental support and the right marketing, we can start to shift people’s perspective about what travelling means to them and the choices they make.”

Scotland is perfect for avoiding crowds while being immersed in nature

We're changing how we decide which stories to report on Travel