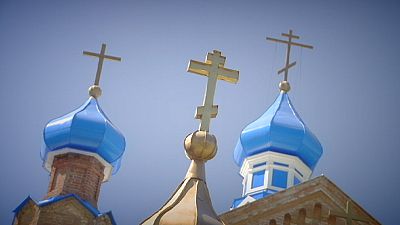 Our Postcard this week is in Biysk, in Siberia’s Altai Krai region.

Soviet anti-religion campaigns destroyed all but four of the 17 original churches here, but there is a new focus on reviving the past.

Euronews’ Seamus Kearney reported from in front of one church that looks historic on first glance. “But it was actually built in 1993, an exact copy of one destroyed earlier,” he said.

There is also a museum on the site of what used to be one of Russia’s most important missionary centres.

Pavel Kovalenko, the Director of the Altai spiritual mission museum, told Postcards: “The complex here in Biysk is at the heart of this sacred region, and we have to revive it to protect Altai’s spiritual heritage.”

And hundreds of precious exhibits now bear witness to that rich history.

Travel diary: ‘Altai Krai is a paradise for those seeking adventure’

The call of the wild: on safari in Bulgaria's Rhodope Mountains